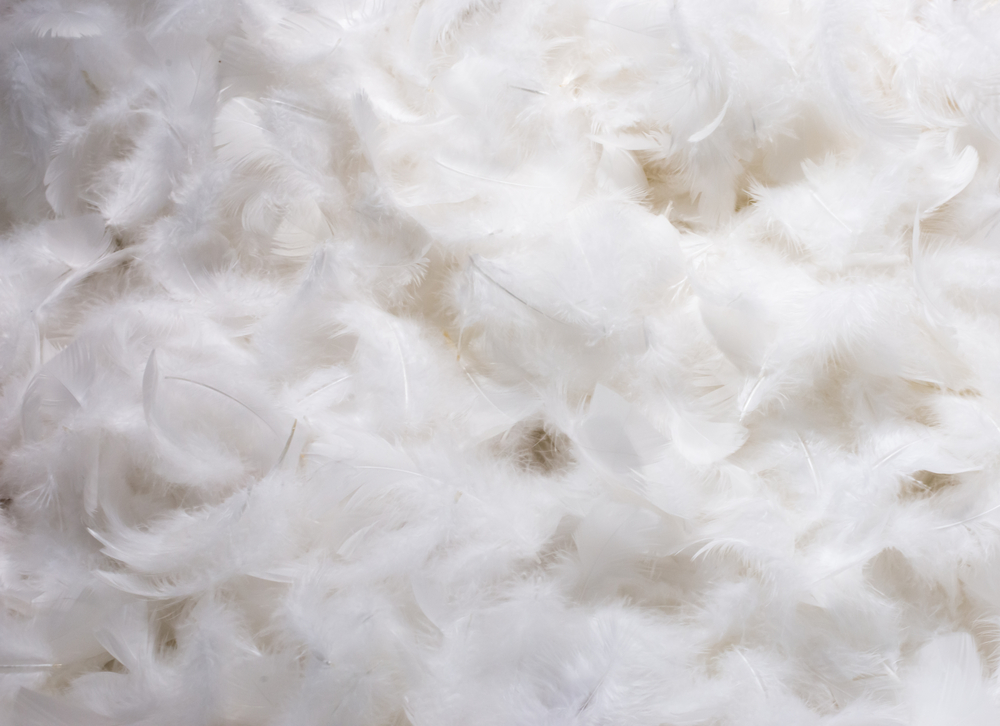 In June 2000, the International Down and Feather Bureau (IDFB) added the term "DOWN CLUSTER" to the list of official IDFB terms.

The American Down Association (ADA) has also approved this term with the accompanying definition. The USA Association for Bedding and Furniture Law Officials (ABFLO) have also added "DOWN CLUSTER" to their official list of terms. The actual ABFLO definition for "DOWN CLUSTER" is still under review.

EN also uses a similar definition for Down Cluster.

The IDFB definition for Down Cluster is as follows:

DOWN CLUSTER = The group of components: down, nestling down, and plumule. (Down fiber and other components are specifically EXCLUDED.)

Note: Some have proposed a change in this terminology, reversing the definitions of "DOWN" and "DOWN CLUSTER".

The problem with switching the definitions is the world-wide, pervasive use of many related terms which refer to the three components: down, nestling down, and plumules.

We require 70 Cluster for this style sleeping bag.
The material should have a 90 down cluster count.
The pillow has a 75 cluster count.
Our jackets have a minimum of 85% down cluster.
We would like to order 75% cluster material.
After washing, the lot has a cluster value of 66.