Explanation of Down and Feather Tests 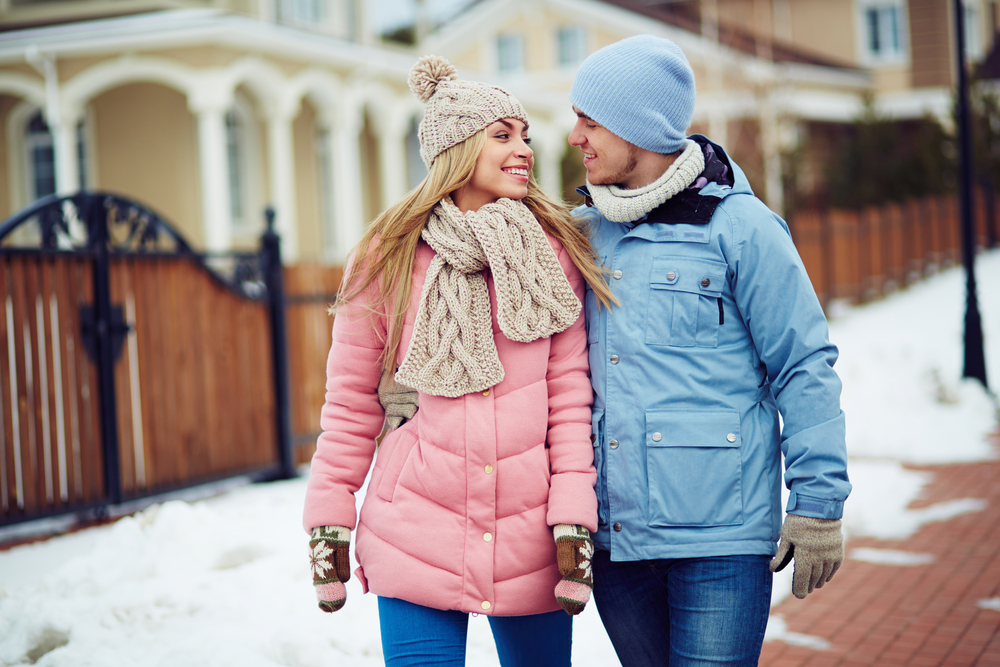 The sample is placed in the sorting cabinet and is separated by hand into the following components:

Each component is weighed to the nearest 0.1 mg, and in the case of the double tests, the results are averaged.

Down and Fiber Separation:
A representative sample is taken from the separated down clusters, plumules, down fiber, and feather fiber component according to the following standards:

The sample is placed in the sorting cabinet and is separated by hand into the following components:

Each component is weighed to the nearest 0.1 mg, and in the case of the double tests, the results are averaged.

Determination of Down Species:

If a content analysis was performed, 0.1 grams of the separated down clusters and plumules are used in the down species determination. If only a species test is required, a representative sample of at least 0.1 grams of down and plumules is taken from the plumage to be tested. The species of each individual piece in the sample is visually evaluated and determined to be either goose, duck, or unidentified by inspecting it under a microfiche reader with at least 70x magnification. Each component is weighed to the nearest 0.1 mg.

In general, an additional test of another 0.1 grams of down is performed, and the results are averaged with those of the first test.

Final percentage calculations are made by taking into consideration the percent down cluster found, if a content analysis was performed.

A representative sample of 4.0 grams of down or 6.0 grams of feathers is taken from the plumage to be tested. In a content separation box, this sample is separated into white and non-white (i.e. gray, brown) plumage. Material labeled WHITE requires at least 95 - 99% white material, depending on country and company specifications.

A content analysis should be performed before this test, as it requires down clusters that are free from down and feather fiber. Each piece from the separated down clusters is counted, and the total amount is weighed again to determine an average weight.

Long Feathers are pre-sorted prior to the regular content analysis.

If a content analysis was performed, the feathers found in the preliminary separation are used. Otherwise, a representative sample of 2.0 grams is taken from the plumage to be tested. The sample is separated into 15 categories of 1, 2, 3, ..., 15 cm. The feathers are counted, and the percentage of feathers in each category as well as the total average feather length are reported.

Fill Power measures the loft or insulation properties of down products. There are four methods available to condition the plumage before testing:

Box Conditioning: 50 grams of the sample to be tested is placed into a special fill power conditioning box. This box is left in the designated fill power room, which is maintained at 20E C and 65% humidity. This method is best for down and feathers

directly after washing and sorting.

Tumble Dry: 50 grams of the sample to be tested is placed in a fabric pillow, which measures approximately 20 x 20 inches. The pillow is sewn shut and placed in a laundry dryer, along with a damp rag, where it tumbles on low heat for 30 minutes. The down is then removed and placed in the fill power conditioning box, which is left in the fill power room. Tumble Dry is the European method.

Water Rinse Conditioning: 50 grams of the sample to be tested is placed in a fabric pillow, as in the Tumble Dry method. The pillow is placed in a laundry washing machine set for gentle agitation, fast spin, and warm water, without soap. The pillow is then dried in the dryer until it is completely dry. The down is removed and placed in the fill power conditioning box, which is left in the fill power room. This method can be used for jackets and sleeping bags.

A sample should remain in the conditioning room for 5 days before a final reading is taken. However, a “rush” result may be taken as a preliminary indication of the fill power.

For measurement, the down is placed in a fill power measuring cylinder and is either blown with air or stirred with stirring sticks. A piston is then lowered onto the down, and the fill power is measured where the piston stops moving.

Each international standard has its own guidelines for measuring cylinder size, piston weight, amount of down used, and units of measurement. According to the USA standard, extremely high quality down will have a fill power of 700+ in3.

A finished product (pillow, comforter, jacket, sleeping bag, etc.) is weighed before any other testing is begun. The product’s stitching is then carefully picked apart, and all the plumage is removed. When the product shell is clean of any down and feathers, it is weighed again to determine the weight of the fill plumage.

The oxygen number indicates product cleanliness by providing a measurement of organic material coating the plumage. 10 grams of plumage to be tested is placed in a tumbler jar with 1 liter of distilled water. The tumbler is agitated for 30 minutes at 150 rpm. The resulting suspension is filtered through a 0.1 mm glass filter. To 100 mL of the filtrate, 3 mL of 20% sulphuric acid is added. The resulting solution is titrated with potassium permanganate until the solution remains pink for 60 seconds. The oxygen number is calculated from the amount of potassium permanganate added, and is reported as mg of oxygen per 100 g of sample. The USA and EN standards require an oxygen number of less than 20. A clean sample usually has a value under 10, and the cleanest samples have values from 1.6 - 3.2.

Turbidity helps determine if dirt or dust (either organic or non-organic) is significant in the plumage. 10 grams of plumage to be tested is placed in a tumbler jar with 1 liter of distilled water. The tumbler is agitated for 30 minutes at 150 rpm. The resulting suspension is filtered through a 0.1 mm glass filter. The suspension is poured into a metered glass tube with a target at the bottom. The water is slowly let out until the target becomes visible, and the turbidity value is recorded as the height of the water in the tube. Very clean samples register a value of 550+ mm. European and USA standards require at least 300 mm.

The LaMotte 2020 NTU Automated Turbidity Meter has replaced the mm system, and both results can be requested.

The odor test indicates potential odor problems in a filling material. Material is soaked in water and warmed for 24 hours. A minimum of 5 people then smell the sample to determine if a "putrid" condition exists.

Fat and oil extracted from a down and feather sample is an indication of cleanliness and potential odor problems. 4 to 5 grams of plumage to be tested is placed in a distilling apparatus. Solvents are siphoned through the sample for approximately 2 hours, absorbing the fat and oil in the sample. The resulting solution is completely dried and the remaining fat and oil is weighed. Fat and Oil should be 0.7% - 2.0% of the sample weight (down and feathers require a minimum amount of oil to function well).

pH measures the acidity of down and feathers. Approximately 5 grams of the plumage to be tested is cut into 1.5 mm pieces by someone wearing plastic gloves (to prevent contact with the human hand). The sample is then allowed to condition to normal conditions (20E C and 65% humidity). 1 gram is then placed into a stoppered flask with

70 mL of carbon dioxide-free, distilled water and allowed to stand for 3 hours with occasional shaking. The pH factor is then measured using a calibrated potentiometric pH meter.

Moisture content is the percentage of water held in a sample. 4 to 5 grams of the plumage to be tested is transferred to a pre-dried weighing bottle and weighed. The bottle is then placed in the oven for two hours, completely drying out the sample. The moisture content can be determined from the weight of the dried sample.

The dust evaluation is a qualitative analysis of dust in down and feathers. 10 grams of the sample is placed in a 9.75" x 8.75" cotton bag with a standard threadcount. This bag is sealed, placed on a black surface and firmly patted 8 to 10 times. The bag is removed from the surface and the residual dust is evaluated on a 1 (poor) to 5 (excellent) scale of dustiness. A rating of 3 is borderline.

A sample of plumage is visually examined under a microfiche reader and evaluated for the presence of used or second-hand material.

Threads per square inch of fabric are counted at least 5 times and averaged. Twisted-ply yarns count as a SINGLE unit.

Downproofness is a measurement of the ability of a fabric to retain the plumage with which it is filled. A small pillow of set size is constructed of the fabric to be tested, filled with a standard mixture of feathers and down, and then placed in a large plastic tumbler box with 24 rubber stoppers. This apparatus is tumbled for 45 minutes to simulate consumer use of the item. The pillow is removed and any fibers, down clusters, or feathers that escaped the pillow are counted. This is used to rate the downproofness on a scale of 1 (poor) to 5 (excellent). A rating of 3 is borderline.

Air permeability of fabric is another indication of downproofness. Fabric to be tested is clamped in place in a machine that draws high pressure air through the fabric sample. The amount of air passing through, measured in cubic feet per minute, can be measured through pressure gauges on the machine. A reading of 10 and under is a passing result.

A physical measurement of a finished product is made.

The distribution of down in a comforter or other finished product is visually evaluated.

Fabric flaws and stitching quality are evaluated in finished products.

Evaluates the colorfastness of a fabric to crocking (transfer of color from rubbing).

Raw plumage is washed in feather detergent and the resulting loss is measured. 10 grams of the plumage to be tested is placed in each of two plastic jars. A set amount of soap is added to each jar with 1 liter of deionized water. The jars are agitated for 30 minutes and then strained to remove the water. The entire process is repeated without soap in order to rinse the material. The washed material is placed in a glass jar which is placed in an oven at 100E C for 24 hours to remove the remaining water. The jar is then

placed in a humid room for 4 to 5 hours to restore the plumage to normal conditions. Weights taken throughout the process allow calculation of the wash loss.

The dirt and dust in raw plumage is chemically tested for the presence of additives, fillers, and various metals and elements.

Fabric fibers are identified and the percentage of fibers in blends can be verified.

The test indicates whether a Tan-O-Quil, (an additive often used in military orders for improved water resistance), process was used.

The plumage is tested for the presence of several bacteria and choliforms. This test is required by some companies and countries.